KH. Miftachul Akhyar was born in 1953. He is the ninth son of thirteen children, from KH. Abdul Ghoni, a caregiver at the Pesantren Tahsinul Akhlaq Rangkah.

KH. Miftachul Akhyar is a figure who has a broad mastery of religious knowledge and Sheikh Masduki Lasem interested in him, so that he was taken as son in law by his teacher who was counted as a special alumni at the Pesantren Tremas, Pacitan, East Java.

KH. Miftachul Akhyar is the caregiver of the Pesantren Miftachus Sunnah Islamic in Surabaya, a nail for the earth for the city of Surabaya, the capital of East Java with a majority nahdliyin population.

His willingness to become PBNU's Rais Aam Officer after receiving many requests from senior and respected figures at Nahdlatul Ulama, one of the figure was Mustasyar PBNU KH. Maimoen Zubair said he had met KH. Miftahul Akhyar twice asked to be willing to occupy the position of Rais Aam PBNU.

KH. Miftahul Akhyar as PBNU's representative of the Ra'is 'Aam. “and in this case I have met  KH. Miftahul Akhyar twice pleaded with him to be willing to occupy Rais 'Aam PBNU," wrote KH. Maimun Zubair in an official release to the media on Saturday, September 22, 2018.

KH. Miftachul Akhyar is an Islamic teacher (kyai) who is simple and has good morals, especially the manners of respecting guests. He did not hesitate to directly serve, pour, fetch, serve food and drinks through his own hands, without the help of helpers. This is his character who continues the moral example of his father who also behaved like that to his guests. 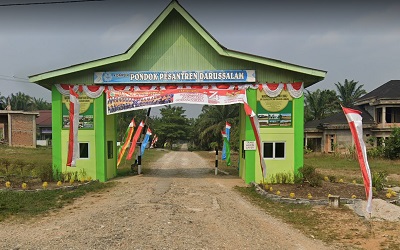