Based on the lineage of KH. Said Aqil Siradj, he is the 32nd dzuriyah of Rasullullah with the following lineage order:

In his Childhood, KH. Said Aqil Siradj grew up in the tradition and culture of the pesantren. With his own father, he studied basic Islamic sciences. Kiai Aqil himself - Said's father - is the son of Kiai Siroj, who is still a descendant of Kiai Muhammad Said Gedongan. Kiai Said Gedongan is a scholar who spread Islam by teaching students in Islamic boarding schools and also fought against the Dutch colonialists.

“My father only has an old bicycle, sometimes he can't afford to buy cigarettes. In the past, after my father harvested green beans, he went to the Cirebon market. In the past, transportation cars were very rare and only available at certain hours, ”declared KH. Said in the book “Meneguhkan Islam Nusantara; Biography of Thought and National (Khalista: 2015).

After completing the holy Qoran with his father and scholars around Cirebon, and he was considered old enough, the teenager Kang Said then studied at the Lirboyo Islamic Boarding School, Kediri, East Java, which was founded by KH. Abdul Karim (Mbah Manaf). In Lirboyo, he studied with Islamic teacher and kiai who took care of students, such as KH. Mahrus Ali, KH. Marzuki Dahlan, and also Kiai Muzajjad Nganjuk.

After finishing at the Aliyah level, he continued his studies at Tribakti University, which is located close to the Lirboyo Islamic Boarding School. But then he moved to the city of Mataram, towards Ngayogyokarta Hadiningrat. In Yogya, Said studied at Pesantren Al-Munawwir, Krapyak under the guidance of KH. Ali Maksum (Rais Aam PBNU 1981-1984). Apart from the holy Qoran at the Krapyak Islamic boarding school, he also studied at IAIN Sunan Kalijaga, which was KH. Ali Maksum became a professor on campus which is currently transforming into the UIN.

He was not satisfied studying at home. Accompanied by his wife, Nurhayati, in 1980, he went to the country where the Prophet Muhammad was born: Makkah Al-Mukarramah. There he studied at King Abdul Aziz and Ummul Qurra Universities, from undergraduate to doctoral degrees. In Makkah, after his sons were born, Kang Said - his nickname - had to get additional funds to support the family. Scholarships from the Saudi Government, although large, are deemed insufficient for this need. He then took a side job at a large Saudi carpet shop near where he lived. In this shop, Kang Said works to help buy and sell and carry carpets to send to buyers who place orders.

His small family in Hijaz land also frequently moved around looking for cheap rented houses. "At that time, my father was studying and working. We are looking for an inexpensive house to save money and provide for the scholarship that you received, ”said Muhammad Said, Kang Said's eldest son.

With his persistence in living in the midst of the hot weather of Mecca during the day and the cold of the night, and the harshness of living in this former "land of Jahiliyyah", he completed his thesis in the field of comparative religion: examining the Old Testament and the Letters of Pope Paul. Then, after 14 years of living in Makkah, he successfully completed his doctoral studies in 1994, with the title: Shilatullah bil-Kauni fit-Tashawwuf al-Falsafi (The Relationship of Allah SWT and Nature: Sufism Perspective). The man who was born in remote areas of West Java defended his dissertation - among intellectuals from various worlds - with the predicate Cumlaude.

While living in Makkah, he also formed a friendship with KH. Abdurrahman Wahid (Gus Dur). "Gus Dur often visits our residence. Even though at that time our house was very small, Gus Dur took the time to stay at our house. When he arrived, Gus Dur discussed it until evening until morning with you, ”said Muhammad Said bin Said Aqil. In addition, Gus Dur also frequently invited Kang Said to visit the residence of prominent Islamic scholars in Arabia, one of which was Sayyid Muhammad Alawi Al-Maliki.

After Kang Said received his doctorate in 1994, he returned to his homeland: Indonesia. Then Gus Dur invited him to be active in NU by including him as Deputy Katib 'Aam PBNU from the 29th Congress in Cipasung. At that time, Gus Dur "promoted" Kang Said with admiration: "He is a young NU doctor who serves as a running dictionary with a dissertation of more than 1000 references," said Gus Dur.

Later, Kang Said also praised Gus Dur a lot. "The strength of Gus Dur apart from being capable and intelligent is being brave," he said at the National Symposium on the Crystallization of Gus Dur's Thought, 21 November 2011.

After a long friendship with Gus Dur, many kiai think that Kang Said inherited Gus Dur's thoughts. One of them was conveyed by KH. Nawawi Abdul Jalil, Head of Pesantren Sidogiri, Pasuruan, during his visit to the PBNU office on July 25, 2011. The visit at that time was a special thing because it was the first time the kiai khos visited PBNU - accompanied by KH An'im Falahuddin Mahrus Lirboyo. Kiai Nawawi thought that Kang Said was similar to Gus Dur, even in terms of his insolence.

"It's also the same," said Kiai Nawawi, as quoted by the media of NU. "There is nothing to lose in continuing to fight at NU. Keep striving to lead, Allah will always be happy, "said Kiai Nawawi to the man who was predicted by Gus Dur to become Chairman of the PBNU at the age of more than 55 years.

Since being a student, Kang Said has been actively involved in the Nahdlatul Ulama (NU) organization, including being the Secretary of PMII Rayon Krapyak Jogjakarta (1972-1974), Yogyakarta, and becoming the Chairperson of the Mecca NU Student Family (KMNU) in 1983-1987. In addition to being an organization administrator, he also has other activities, becoming a team of Indonesian language experts in the Al-Nadwah Mecca daily newspaper in 1991.

Upon his return from the Middle East, Kang Said became increasingly active at the national level. His expertise is in Islamic studies, he was asked to become a lecturer at various campuses in the country. Among them he was listed as a lecturer at the Institute of Higher Education in the Science of the Qoran (PTIIQ), Postgraduate Program at UIN Syarif Hidayatullah, Jakarta in 1995. Even two years later he became Deputy Director of the Islamic University of Malang.

Apart from working in academic world, Kang Said is also involved in the world of interfaith and anti-discrimination movements by becoming an Advisor to the Indonesian Anti-Discrimination Movement (Gandi).

Based on The Moslem 500 organized by The Royal Islamic Strategic Studies Center Amman, KH. Said Aqil Siroj is one of the most influential Muslim figures in the world. His ranks include:

The following is a lineage chart of Prof. Dr. KH. Said Aqil Sirodj can be seen HERE. 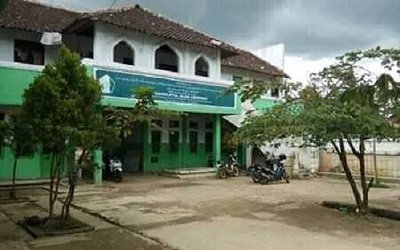 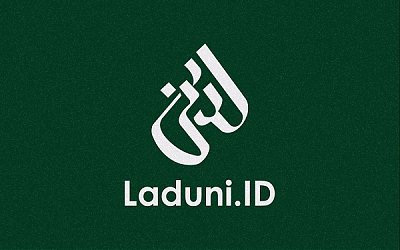